Four parts of Sutton that are worth your time

Sutton is a London borough that lies in the southernmost parts of the English capital. It was formed in 1965 with the merger of the Carshalton Urban District with Municipal boroughs of Beddington and Wallington, and Sutton and Cheam. The area spreads over an area of 43.85 square kilometres and is the 87th most populous district in England, with a population of a little over than 200.000 people. The borough is home to a number of prominent neighbourhoods, landmarks, parks, entertainment venues and educational facilities.

Carshalton has many landmarks

Carshalton is a suburb that lies in the central parts of Sutton. The area has a population of about 30.000 people and is situated at approximately sixteen kilometres from the junction of Charing Cross. The district is home to an abundance of the internationally known sites, such as: 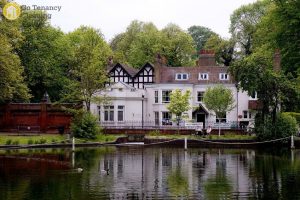 The suburb is also the location of three highly acclaimed parklands: Oaks Park, Carshalton Park and Grove Park. The Charles Cryer Theatre is undoubtedly the most prominent entertainment venue of the area. Opened in 1991 and designed by Edward Cullinan Architects, the playhouse has a capacity that ranges from 68 to 125 seats. Carshalton is connected to the remainder of the city by two railway stations while the closest tube stop lies in the adjacent district of Merton.

The village of Belmont is situated in the southernmost parts of the borough. According to the last census, the district has an estimate population of 10.000 people. Charing Cross lies at about seventeen kilometres from the area. Belmont is home to the Royal Marsden Hospital, a healthcare facility that specialises in cancer treatment. The Institute of Cancer Research is also based in the village. During the years, a several notable people have lived in the area. Among the district’s more prominent residents are James Hunt, Don Lusher, David Bellamy, Barry Wordsworth, Lionel Tertis, Lord Ritchie-Calden and Lord Judd. The Belmont railway station is the village’s main transportation hub. Established in 1865 as California station, the rail link as renamed to its current name in 1875. It sits on the Sutton and Mole Valley Lines from the National Rail network and provides transportation services to over 150.000 people on an annual basis. The district is the location of several reputable service providers, including Go Tenancy Cleaning who are renowned for their high quality end of tenancy cleaning services in Belmont. Local tenants prefer delegating their sanitation projects as they have the peace of mind their rental units will be cleaned immaculately from top to bottom by fully equipped sanitation experts.

Cheam and the beautiful Nonsuch Mansion

Cheam is a large suburban area that is adjacent to the above mentioned village of Belmont. The Nonsuch Mansion is questionable the most famous site of the district. Constructed during the first half of the 18th century, the house was commissioned by Joseph Thompson. The mansion is listed as a Grade II* edifice and is considered to be one of the best-preserved Tudor Gothic houses in the English capital. The Cheam War Memorial is another well-known local landmark. The monument commemorates the lives of the local residents who lost their lives during World War I, World War II and the Falklands War. The suburb is served by Go Tenancy Cleaning, which is why locals have an easy access to affordable end of tenancy cleaning services in Cheam. Most sanitation contractors have a busy schedule, so booking in advance is preferable.

The area of Beddington is located on the eastern boundary of the Borough of Sutton. The district has a population of over 21.000 people and is home to the famous Beddington Park. The parkland is location of Carew Manor, the former residence of the Carew family. The edifice dates back to the 14th century and came into existence when two nearby structures were merged together. Today, it houses the Carew Manor School, which is one of the finest educational facilities in the borough. Beddington is served by four bus routes, which pass through it on a regular basis. The nearest rail link is situated in the neighbouring area of Waddon.