Wandsworth is an Inner London borough that lies in the central parts of the city and covers an area of 34.26 km2. It is home to a population of over 315.000 people and has a density rate of 9.200 residents per km2. The borough is home to a number of desirable residential areas, which welcome newcomers on a day-to-day basis. 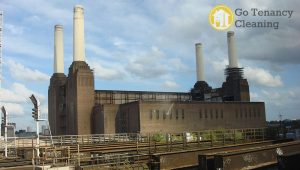 The district of Battersea is situated in the northern parts of the borough at approximately three miles from the junction of Charing Cross. It is one of London’s most famous areas as it is the location of the world famous Battersea Power Station. The iconic structure was designed by Sir Giles Gilbert Scott and was operational from the late 1920s to the early 1980s. Since then, the edifice has been converted into a residential block and commercial building, which houses the new London headquarters of Apple. Battersea is a highly desirable residential district and a testament to this is the fact that people are constantly moving to or from the area. If you are yourself facing a relocation, know that you can delegate your end of lease sanitation duties to Go Tenancy Cleaning as they provide comprehensive end of tenancy cleaning services in Battersea.

Located in the southernmost parts of Wandsworth, Tooting is a residential area with a population of about 16.000. The district is home to Totterdown Field, which was the first London County Council cottage estate. The structure was constructed from 1901 to 1911, and comprises of 1.244 individual houses that spread over 38 acres. In 1978, the estate and its ground were recognised as a conservation area by the local authorities. Throughout the years, Totting has been the home to several notable people, such as:

The district is served by its own railway station, which dates back to 1894 and is part of the National Rail network. According to the last numbers, the transportation hub provides transportation services to over 1.2 million people on a yearly basis.

Balham is a residential neighbourhood that lies at about five miles from Charing Cross. According to the last census, it has a population of approximately 14.750 people. It is the site of several well-known landmarks such as Du Cane Court (largest residential block in Europe), Oak Lodge School, The Bedford and more. The area is known for its tranquillity and top-notch public services, which include insured end of tenancy cleaning services in Balham by Go Tenancy Cleaning.

The suburban district of Roehampton is adjacent to the areas of Barnes and Putney in the south western parts of Wandsworth. It has over 16.000 residents and is home to one of the entrance to Richmond Park (the largest Royal Park in London). The district is one of the greenest in the borough. It is also the location of the Richmond Park Golf Course.