The London Borough of Redbridge lies in the northernmost parts of the English capital. It was formed in 1965 with the merger of the following areas:

Redbridge is known throughout the capital for its top tier educational facilities, booming shopping areas and award-winning parklands. According to the last census, the borough has an estimate population of 300.000 people. It is also the location of numerous desirable districts and here are some of them. 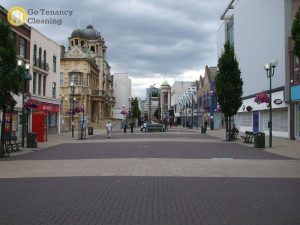 The district of Ilford lies in the southern parts of the borough and is home to a population of over 160.000 people. The area is recognised as a major metropolitan centre in the London Plan. Charing Cross is situated at approximately nine miles from the district. The area is known as a shopping centre and is home to some of the finest independent shops and boutiques in Redbridge. Ilford has been served by its own railway station since 1839. The transportation hub is part of the TfL Rail network and according to the latest numbers is used by over 8.1 million passengers yearly.

Barkingside is located in the central parts of Redbridge. It has a population of about 12.500 people and is home to one of the largest Jewish communities in the English capital. The district is the location of several prominent primary and secondary schools:

The presence of these educational institutions and a number of well-known service provides such as Go Tenancy Cleaning who offer the best end of tenancy cleaning services in Barkingside has made the area a highly desirable residential area. 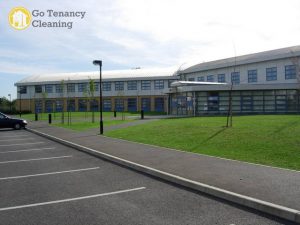 The area of Woodford is situated in the north eastern parts of the borough at about ten miles from the noted junction of Charing Cross. The district is one of the most affluent in Redbridge and throughout the years numerous notable people such as Kele Okereke, Carli Norris, Joseph Hocking, Nick Berry, Lynn Fontanne, Sylvia Pankhurst, Meera Syal and more have lived in the area. The Woodford tube station is the district’s main transportation hub. The rail link was established during the mid-19th century and has always served the Central Line from the London Underground. The station provides transportation services to almost 5.7 million people on an annual basis.

Aldborough Hatch lies in close proximity to the above-mentioned district of Barkingside. The last census reveals that the area has over 14.500 residents. The district is extremely popular as it is the location of several religious edifices, praised educational facilities and well-known landmarks. The area is widely held among tenants as local rental fees are affordable and give them the best value for their money. The fact that they can easily book reliable end of tenancy cleaning services in Aldborogh Hatch from Go Tenancy Cleaning only adds to the district’s appeal.