The Borough of Lewisham is part of Inner London and lies in the central parts of the city. It was created in 1965 with the merger of the Metropolitan Boroughs of Deptford and Lewisham. It spreads over an area of 13.57 square miles and has a population of over 300.000 people with a density rate of 22.000 people per square mile. The borough is the location of numerous well-known neighbourhoods, places of interest, schools, parks and entertainment venues. 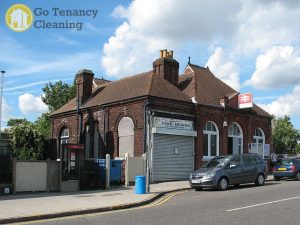 The area of Bellingham lies in the southernmost parts of Lewisham and according to the last census has an estimate population of 15.000 people. The district is mainly residential but has its own retail area around where numerous local companies are based, including Go Tenancy Cleaning who are known to provide licensed and cost effective cleaning services in Bellingham. The district is connected to the other parts of the borough and city by its own railway station. The transportation hub dates back to the late 19th century and sits on the Thameslink from the National Rail network. Over 800.000 passengers use the station on a yearly basis.

Brockley home to many celebrities

Brockley is a district that is situated in the eastern parts of the borough. The area is home to a population of about 17.000 people and sits at precisely five miles from the noted junction of Charing Cross. The district is one of the greenest in Lewisham, as it is home to several popular parklands and open spaces. Hilly Fields is arguably the most famous park in the area. Several local groups, including Octavia Hill, one of the founders of the National Trust, saved it from urbanisation during the 1880s and 1890s. The Prendergast Hilly Fields Collage is located in the parkland and is one of the most acclaimed educational facilities in the borough. Founded in 1890, the school is houses in a Grade II* edifice and presently provides high quality education to over 750 girls from the ages of 11 to 18. During the years, numerous notable people have lived in Brockley. Some of the more renowned local residents are:

The area of Catford sits in the central parts of the Borough of Lewisham and is recognised as one of the 35 major centres in Greater London. The district has a population of approximately 15.000. The Broadway Theatre is beyond any doubt the most famous entertainment venue in the area and one of the most visited playhouses in the borough. Established in 1932 and designed by Bradshaw, Grass and Hope, the theatre is built in the Art Deco architectural style and is considered by many experts to be one of the most beautiful playhouses in the English capital. The venue comprises of two halls with a combined capacity of 900 seats (800 seats in the main hall and 100 seats in the studio). The district offers many amenities to its residents, which can also benefit from licensed cleaning services in Catford provide by Go Tenancy Cleaning. The area has two railway stations that link it to the other parts of the city.

The beautiful area of Blackheath

Blackheath is a district that lies on the border between Lewisham and Greenwich. It has over 40.000 residents and is one of the borough’s most desirable areas. Ranger’s House is arguably the most notable landmark of the district. The Georgian mansion is constructed in the Palladian style and dates back to the early 18th century. The edifice is currently used as an art gallery and has been displaying the Wernher Collection since 2002. Ranger’s House is also well-reputed for its astonishing rose garden. All Saints’ Church is another popular local place of interest. The religious building was designed by celebrated English architect, Benjamin Ferrey and was built during the mid-19th century. The area has its own railway station, which was opened in 1849 and is one of the oldest transportation hubs in the borough and city. The station is listed as a Grade II structure and serves the National Rail network. It provides transportation services to almost 3.5 million people annually.