Let’s explore the Borough of Islington

Islington is the second smallest borough in the British capital and the third smallest district in England. It was formed in 1965 when the Metropolitan Boroughs of Finsbury and Islington were merged together. Today, it spans over an area of 5.74 square miles and has an estimate population of 216.000 people. It has one of the highest density rates in the city with 40.000 people per square mile. Islington is home to a number of world famous landmarks, buildings, parklands and entertainment venues. It is also the location of several desirable residential and commercial areas.

The district of Barnsbury, N7, lies in the western parts of the borough. The area is neighboured by Highbury from the north, Canonbury from the east, Bloomsbury from the south and Camden Town from the west. It is classified as a residential district and is considered by many to be one of the finest in Islington. During the years numerous notable people such as actor Samuel Barnett, singer Chris Farlowe, actress Rosamund Pike, chief medical officer Sally Davies, artist Walter Sickert and more have lived in Barnsbury. The area is linked to the other parts of London via a number of bus routes which pass through it frequently. The nearest rail and tube stations are situated in the adjacent districts. 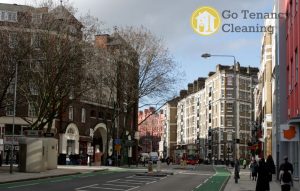 Clerkenwell, EC1, is a district which is located in the southernmost parts of Islington. According to the latest census the area has a population of about 11.500 people. The district is named after a well which was discovered in the area during the mid-1920s. Clerkenwell is home to some of the best public houses in London such as the Cock Tavern, The Hope, and, Fox and Anchor. However, the most noteworthy establishment in the district is The Eagle as it was the capital’s first gastropub when it opened in 1991. The Crown and Anchor is another well-known local pub as it is believed that is was the place where Vladimir Lenin met the young Joseph Stalin for the first time in 1903. The area is among the most desirable neighbourhoods in the borough as it gives to its residents an easy and quick access to numerous public services including affordable end of tenancy cleaning options in Clerkenwell. The presence of top quality sanitation services means that local renters and inhabitant can maintain their household clean and tidy with the aid of professional and fully equipped sanitation technicians. The district is served by its own station which dates back to 1863 and presently provides transportation services to about 35 million people on an annual basis. 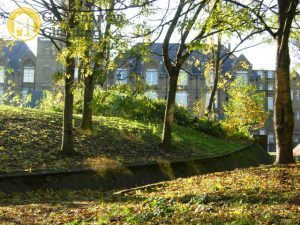 The area of Archway is situated in the northwestern parts of the Borough of Islington at exactly four miles from the junction of Charing Cross. The district is home to the Whittington Hospital. Founded in 1848, the healthcare facility is named after prominent English merchant and politician, Sir Richard Whittington. It is identified as a district general and teaching hospital, and has a maximum capacity of 360 beds. The area has access to a total of nine parks (only five are entirely located in the district) which is why it is described as one of the greenest districts in Islington. The parklands in Archway, N19, are:

The district is connected to the other parts of the city by its own tube station. The rail link was established in 1907 and sits on the Northern Line from the London Underground. It is used by a little less than 10 million passengers yearly.

Canonbury, N1, is a residential district which is situated in the eastern parts of the borough. It has a population of over 12.000 people. The Estorick Collection of Modern Italian Art is perhaps the most popular landmark in the area. The museum is situated on Canonbury Square and was officially opened during the late 1990s. The displayed artwork was amassed by American writer and sociologist, Eric Estorick and his wife Salome during the 1950s. Just like the above mentioned neighbourhood of Clerkenwell, the district is served by many companies which provide numerous services including first grade end of tenancy cleaning options in Canonbury which facilitate the sanitation duties of the local residents.