The four main areas in Barking and Dagenham

When you go to the north east of the City, along the bank of the River Thames, you are inevitably going to happen upon the London Borough of Barking and Dagenham. With population of a little over 180 000 people, most of whom live in the Becontree Estate, Barking and Dagenham is one of the less densely populated of the 32 boroughs of London. The area does not have a very good reputation, but as you are going to see shortly, it may very well be the result of many misconceptions and old information that are lingering in the minds of people. In recent years, especially in those leading up to the 2012 London Summer Olympics, Barking and Dagenham went through several pretty serious regeneration and development projects, mainly because the borough was one of the hosts of the Games. Since then it has become one of the finer places to live in North-East London, and here are four of its most celebrated areas. 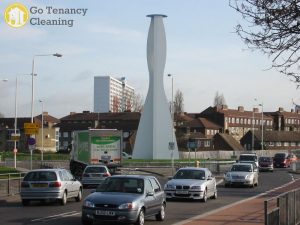 As we have already had the chance to mention, the bulk of the population of the London Borough of Barking and Dagenham lives in the Becontree RM9 area. This particular estate is large even for the standards of London. It covers an area of 10 square kilometres, and has nearly 100 000 residents as of today.

The history of Becontree is closely linked to the history of the urban and suburban expansion of Greater London during the Interwar Period. The housing here was mainly constructed between 1921 and 1935, when the official completion of the estate was celebrated. Today most of the people who live in Becontree are commuters who travel through the local train station to Central London or other parts of the capital for work. People prefer Becontree because of the easy access to services, the good transport links and the 26 schools that service the area and have a relatively good ranking when compared to other parts of the metropolis.

The extension of Becontree that is equally nice

Another great area that will offer you easy access to a wide range of professional services and other amenities, including top notch end of tenancy cleaning in Becontree Heath, is of course Becontree Heath. The area was developed as an extension to the original Becontree estate and has the benefit of a relatively small, albeit very nice open green space playing the role of its core. It is within the premises of the RM8 postal district. The main landmark here is the 1930s art deco  Dagenham Civic Centre, which served as a town hall to the former Dagenham Borough Council – the administrative headquarters of the area prior to the reform of 1965. Located 12.5 miles away from Charing Cross, Becontree Heath might seem isolated, but it has very good transport connections to many places throughout Greater London via bus, including to:

The heart of the Borough 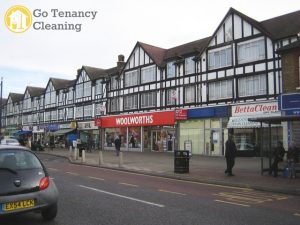 Naturally, we cannot talk about nice places in Barking and Dagenham without mentioning the boroughs main district. IG11 is a nice residential area that lies within the heart of the borough and offers great many amenities including professional end of tenancy cleaning in Barking. The town has distinctly suburban character that will appeal to people looking to escape the stress and hassle of Central London. In recent years the local council commissioned a number of new sculptures and works of public art in the area which contributed to the unique atmosphere here and definitely made the town better.

Last but not least

And finally, the forth area that we would like to bring your attention to is Chadwell Heath RM6. Developed around the eponymous open green space, Chadwell Heath is indeed a pretty nice district to live in. The former hamlet is home to the Chadwell Heath Academy, which is celebrated as one of the most successful schools not only in Greater London, but in the country as a whole. Another local landmark is the Eva Hart pub, named after the RMS Titanic survivor who spent the last years of her life living in Chadwell Heath.